Finally, a real home for Russell

Written by Stefanie Bergmann, volunteer at Mdzananda Animal Clinic Russell arrived at Mdzananda Animal Clinic in November 2018. He was dropped off by his family who’d decided that he was too old and that he needed to be put down; they wanted a kitten instead. Russell was only six years old at the time. Mdzananda Animal Clinic obviously doesn’t support this kind of behaviour, so we declined any potential adoption from the family going forward and provided as much education on the matter as possible. Our new task was to try and find this old boy a better home where he could get all the love he deserved. In the following weeks, we tried to make him as comfortable as possible, but we noticed early on that he wasn’t coping in our cattery. Not only was he consistently more withdrawn each day, but it became clear that he must have endured beatings or harsh measures, be it in his previous home or while venturing outside. He would duck down every time a hand came close to him. It was heartbreaking to see him like that, but we weren’t ready to give up on him. We posted numerous foster appeals on Facebook until, eventually, AtFrits Pet Hotel & Daycare Centre reached out to us in May 2019, offering to take in three of our most urgent cat cases. This was exactly what we’d hoped for. AtFrits have one of the most knowledgeable cattery managers in town, Naziemah Roodt, who worked for the SPCA for 20 years running their cattery. As a result, Naziemah knows exactly how to care for a cat like our Russell. Within only a couple of weeks his personality began to blossom. He started off by opening up to Naziemah (no surprise – she is, after all, a cat whisperer!) and later to her assistant, Jackie Mnyazane, whom he came to love dearly during his long stay at AtFrits. During this time, we had a few people interested in adopting him, but adoptions never went through as they either were not wanting a cat with 'troubles' or, from the pre-adoption process, we knew they weren’t the right fit for the care he needed.

When Christmas was around the corner, Naziemah decided to take him home so that he wouldn’t have to endure the busy holiday season at the cat hotel. Despite him fitting in surprisingly well with her own pride of kitties, she still felt that he needed a home where he’d get more attention than she could offer. In March 2020, almost one-and-a-half years after he came to us at Mdzananda Animal Clinic, a lovely couple, Luke and Lauren Moore (who’ve adopted from us before), reached out to us and asked for an “underdog cat” – a kitty that was overlooked time and time again. It’s not every day someone specifically asks for a senior animal – our gut feeling kicked in immediately. What followed was a lengthy conversation with them, where it became obvious that Russell would have a place to call home. And the rest is history.

Naziemah Roodt, Cat Manager at AtFrits Pet Hotel & Day Care Centre, shares… On the 31st of May 2019, Russell, a tabby/white mature adult male cat, was booked in by Steffi from Mdzananda Animal Clinic for foster care until a suitable home was found. Steffi had indicated on admission that Russell had behavioural issues and that his stay might be longer than for the other two foster cats we’d taken in. Indeed, initial observation indicated that he’d possibly previously been beaten, resulting in protective behavioural patterns, as well as a lack of love, attention and trust stemming from his previous home. With the help of my assistant, Jackie Mnyazane, we allowed Russell was allowed to settle in and allowed time to build his confidence and trust. It didn’t take long to determine Russell’s true temperament, since he craved affection and attention, which we were very willing to share with him. And most importantly, we showed him that we respected his dislike for being touched anywhere near his lower back and tail. All he needed was a family that would respect that need and provide him with a loving, caring home. Finding the right family was a challenge, especially since Russell was already a mature adult. Thankfully, the long-awaited Earth Angels finally arrived. He took to them immediately, and there was no question that he’d finally found the home of his dreams. I cannot thank Lauren and Luke enough for truly opening up their beautiful hearts and their loving home environment for my boy. Special thanks also to Yanic Klue, the owner of AtFrits, for her love and patience throughout his stay with us; my assistant, Jacky, for his unconditional love and care for Russell during his stay at AtFrits; and to Steffi for having the faith and determination to make a difference in his life. I thank the Almighty for people like this, because without them, cats like Russell are misunderstood and don’t get to experience the happiness that he’s found. Nothing is more rewarding than to see a sad, unloved, abused animal finally living the life of his dreams. I am indeed a much thankful and grateful person.

Luke Moore, Russell’s new owner, shares… From the first time we decided to take the plunge and adopt some furry companions, we had a soft spot for the underdog, or cat, as it were. We’d seen how kittens and puppies tended to quickly find homes and were heartbroken at the length of time some of the older animals spent at shelters or in foster homes. So it was that our first adoption in 2014 was a feisty, but friendly, ginger boy, aptly named Genghis Kitty. He wormed his way into our hearts and before long was basically ruling our lives with an iron paw. Genghis was soon followed by Twakkie (named for Twakkie of the famous Corne and Twakkie duo), also very much an undercat. About a year later, Lauren’s search for a dog ironically resulted in a third feline, a three-legged fur-ball named Zoggy. Genghis and Twakkie sadly passed away within a month of each other at the end of 2019, leaving Zoggy as the sole cat presence in our lives. He was clearly missing having a feline partner-in-crime around the house, so we decided to look for another “undercat”. We adopted our dog from Mdzananda two years ago, and we always knew that, in the future, we wanted to support them as much as we could. Their work in the Khayelitsha community is unmatched. We contacted them by email, informing them that our only criterion for our new cat should be that it was an older cat that had been overlooked for too long. We were lucky to speak to Steffi, who knows the cats at the clinic so well. It was by chance that she mentioned Russell, the ultimate undercat, and the more she spoke about him, the more we knew he was our boy. From there we met the lovely Naziemah, a true cat angel, who’d been caring for Russell for so long. Fast-forward a week or so; Russell had arrived in our home, picked his spot on the couch and made himself quite at home. He’s let our dog know who the boss is, and he and Zoggy are slowly becoming friends. He’s clearly a daddy’s boy and has deeply enjoyed the experience of having his parents home full-time during lockdown. We’re immensely grateful to Mdzananda Animal Clinic (Steffi in particular) for not giving up on Russell, and to Naziemah (and AtFrits) for playing such a crucial role in his journey.

Our adoption fee is R600. This includes vaccinations and dewormers to date of adoption and sterilisation at 6 months of age.

Why pay an adoption fee? There are many costs involved in looking after an abandoned pet before finding him a new home. On average pets stay for 1 month before a new home is found, however, some have stayed for more than 18 months. Our costs per pet is approximately R1565 (based on a one month stay). Your adoption fee goes towards these expenses.

Dog starves due to Covid-19

Last minute rush for a Valentine's gift? We've got you covered... 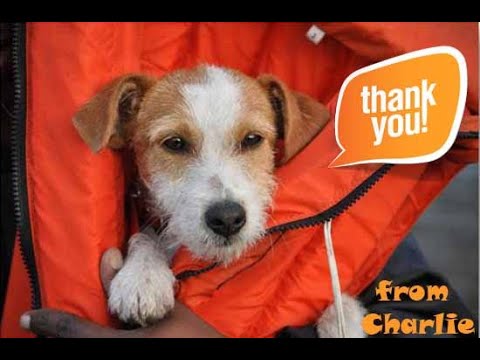 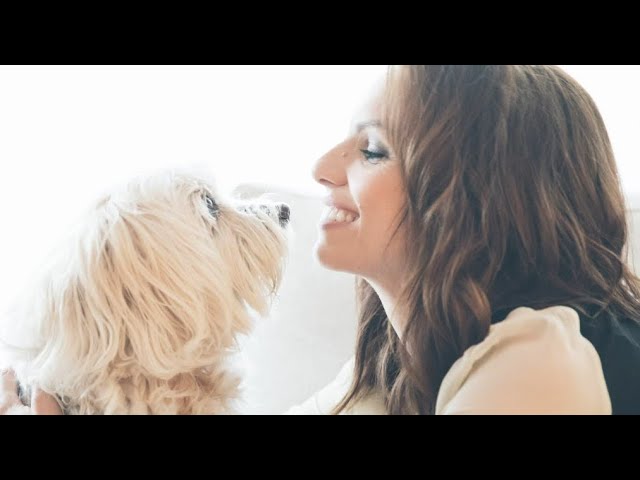 Local celebrity steps up to help animals in need 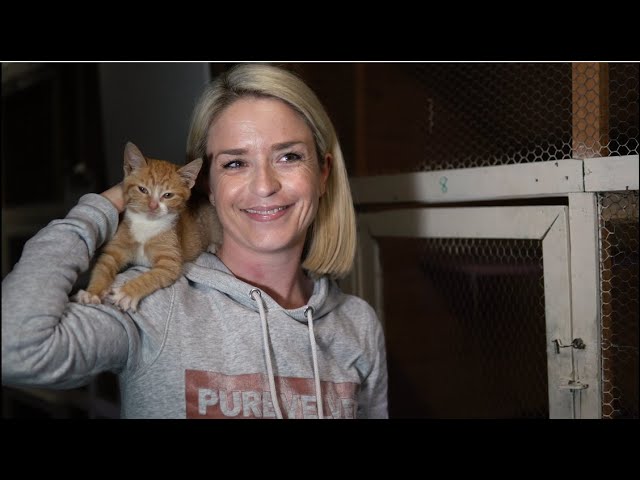 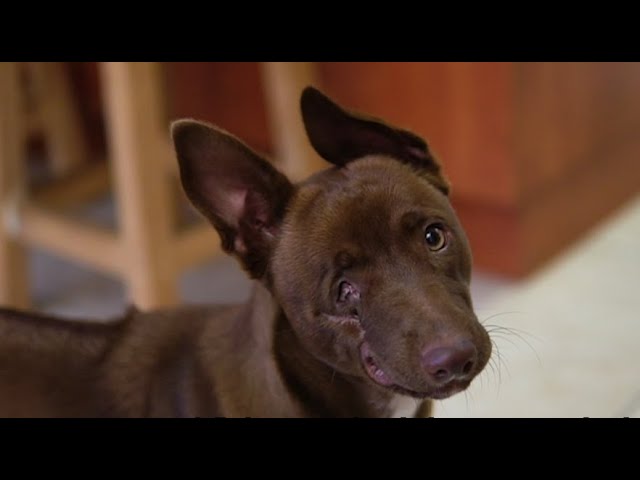